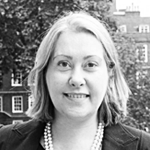 Full Name
Sara Lawson QC
Job Title
General Counsel
Company
Serious Fraud Office , UK
Speaker Bio
Sara has over 25 years’ experience as a criminal barrister. She both prosecuted and defended cases.
At the Bar she specialised in fraud, criminal insolvency and regulatory offences. Before coming to the Bar she was a consultant researcher at the Law Commission.

From 2012 to 2017 she was Standing Counsel to the Insolvency Service (Department for Business) prosecuting their most serious cases involving insolvency and advising on policy. She trained the Department’s lawyers and investigators in disclosure law and practice. She was on the top lists to prosecute cases for the CPS, including the Fraud Division and RASSO (serious sexual offences) and spent many years on the Attorney General’s list of advocates who prosecuted for HM Revenue and Customs. As such she prosecuted income tax, VAT, money laundering and drugs trials. She has advised on obtaining evidence from abroad under mutual legal assistance and has acted for foreign jurisdictions in obtaining the same. She was on the Regulatory A List to prosecute for the HSE (mainly prosecuting companies for deaths in the workplace), the ORR and the Environment Agency and headed her Regulatory Group in chambers. She also advised companies on money laundering matters and acted as an advisor for legal television dramas. In 2008 she acted for the Attorney General of the Falkland Islands by prosecuting their criminal cases in the Islands’ Supreme Court.

Sara prosecuted her first case for the SFO in 1993. Soon after she acted for a foreign company potentially involved in an SFO case. Her most recent case for the SFO ended in 2016 after 9 convictions over three linked trials and she was appointed to the SFO silks’ list upon taking Silk in 2017.

She was elected a Barrister Governing Bencher of her Inn in 2015 and is a trainer for the Inn in the national programme for advocates on how to cross-examine vulnerable witnesses. She has drafted papers for the Inn and the Criminal Bar Association on various proposed legislative and procedural changes and their effect upon the criminal bar, in particular in relation to diversity.
Speaking At
International Anti-Corruption developments and case studies – From UK