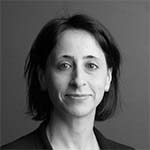 Full Name
Scilla Alecci
Job Title
Investigative Reporter
Company
International Consortium of Investigative Journalists
Speaker Bio
Scilla Alecci is an investigative reporter and video journalist for ICIJ. She is also the partnership coordinator for Asia and Europe.
A native of Italy, before coming to the U.S., Scilla was based in Tokyo where she worked for Bloomberg News and other news organizations. In 2016 she was a member of the Japanese reporting team that took part in the Pulitzer Prize-winning Panama Papers investigation.
Her work has also been published by the New York Times, the Huffington Post, the Japanese magazine Shukan Asahi and others. Scilla holds master's degrees in East Asian studies and journalism, and has also published a book in Japanese about the Panama Papers and the new frontiers of investigative journalism. In addition to being a reporter with ICIJ, Scilla was invited to become an ICIJ member in 2017.
Speaking At
The in-depth stories from The International Consortium of Investigative Journalists (ICIJ) - focusing on the enablers