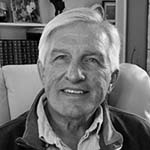 Full Name
Ian Foxley
Job Title
CEO
Company
Parrhesia Inc
Speaker Bio
Ian Foxley is a retired British army officer who became a whistleblower in December 2010 after discovering corruption in a £2 billion government defense procurement contract whilst working as the Programme Director in GPT (Special Project Management) Limited, a wholly owned subsidiary of Airbus Group. His actions resulted in criminal prosecutions, the complete overhaul of the Airbus Group Senior Management Team and the largest fine (£3.6 billion) ever imposed on a commercial company under a Deferred Prosecution Agreement in the world. GPT pleaded guilty in 2016, was fined £30. 2 million and has now ceased trading.
He co-founded Whistleblowers UK in 2012 as a whistleblower support interest group, and acted as Chairman until 2015, establishing the whistleblowing study and discussion programme at the Cambridge International Symposium on Economic Crime held annually in Jesus College, Cambridge University. In May 2021, he founded Parrhesia Inc, a charity focussed on the practice, protection, and promotion of the human rights of whistleblowers in the UK, by producing high-level research that can be used by practitioners and policymakers alike.
He has contributed and co-ordinated responses to national consultations (Parliamentary Commission on Banking Standards (PCOBS), the BIS Consultation Whistleblowing Call for Evidence, the Armed Forces (Service Complaints and Financial Assistance) Act 2015, PCAW’s Whistleblowing Commission, the Independent Review of Whistleblowing in the NHS (Freedom to Speak Up), the Home Office Review of the UK Anti-Corruption Strategy, and the Independent Review of the Financial Reporting Council. He is a member of the British Standards Institute (BSI) Standards Committee Panel on Whistleblowing which developed the ISO 37002 on whistleblowing management systems and is a research panel advisory member for the ESRC research project on ‘Post-disclosure Survival Strategies: Transforming whistleblower experiences’.
He is currently completing his research PhD thesis at the University of York on the topic of ‘A political sociology of Whistleblowing - An empirical examination of the reasons why people do NOT speak up using a case study of the Saudi Arabian National Guard Communications (SANGCOM) Project in which he was the whistleblower.
He lives in Sheriff Hutton, North Yorkshire, England and is married to Emma. They have three grown children who are well dispersed around the world in London, Bermuda and New Zealand.
Speaking At
The Airbus foreign bribery case